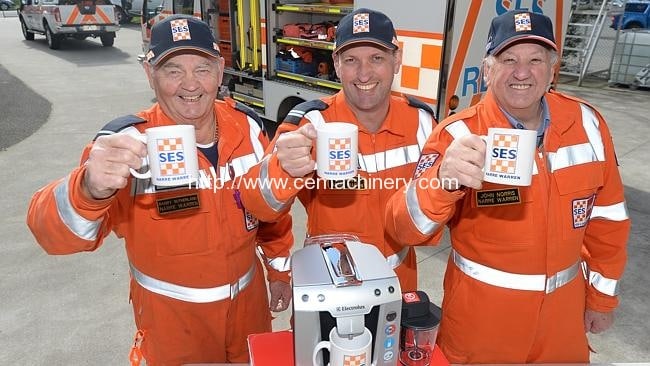 AFTER a freezing night out on the road, all the Narre Warren SES volunteers want is a warm cup of coffee.

And now, thanks to department store Myer, they can have one.

“We had some really bad weather and some very long nights throughout the ­winter,” Mr Norris said.

“The volunteers come back at all hours of the night – it could be anywhere from 1am to 5am.

“I approached Myer ­hoping they could donate a coffee machine so the volunteers could enjoy a decent cup of coffee after helping local residents.”

Mr Norris said the coffee machine meant the world to the volunteers.

“The new coffee machine means that when they come in after working all night on roofs that have been blown off, trees fallen or a serious accident on the Monash Freeway, they can have a nice warm coffee,” he said.

“They think it’s fabulous and they are so grateful for Myer’s generosity.”

0shares
warm cup of coffee
Thanks for Sharing Share:
PREV： Finer coffee in a kinder capsule-CRU Coffee
NEXT： Enhance Your Coffee Ritual with Nespresso